25 On one occasion an expert in the law stood up to test Jesus. ‘Teacher,’ he asked, ‘what must I do to inherit eternal life?’

28 ‘You have answered correctly,’ Jesus replied. ‘Do this and you will live.’

29 But he wanted to justify himself, so he asked Jesus, ‘And who is my neighbour?’

30 In reply Jesus said: ‘A man was going down from Jerusalem to Jericho, when he was attacked by robbers. They stripped him of his clothes, beat him and went away, leaving him half-dead. 31 A priest happened to be going down the same road, and when he saw the man, he passed by on the other side. 32 So too, a Levite, when he came to the place and saw him, passed by on the other side. 33 But a Samaritan, as he travelled, came where the man was; and when he saw him, he took pity on him. 34 He went to him and bandaged his wounds, pouring on oil and wine. Then he put the man on his own donkey, brought him to an inn and took care of him. 35 The next day he took out two denarii and gave them to the innkeeper. “Look after him,” he said, “and when I return, I will reimburse you for any extra expense you may have.”

36 ‘Which of these three do you think was a neighbour to the man who fell into the hands of robbers?’

37 The expert in the law replied, ‘The one who had mercy on him.’

Jesus told him, ‘Go and do likewise.’

If we are to love like Jesus then it is important that we put that love into action. Taking an interest in others, putting yourself in their shoes and imagining their difficult situation is a challenge to all of us but because Jesus cared for the sick and the downtrodden, then we should do the same. Not only do we pray for them but sometimes we can actually do something about it. 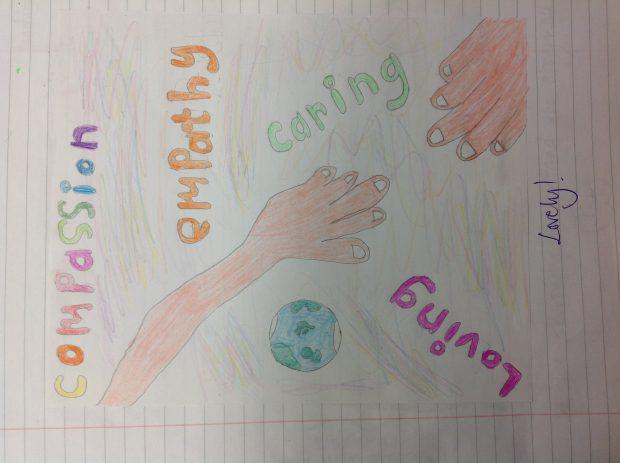 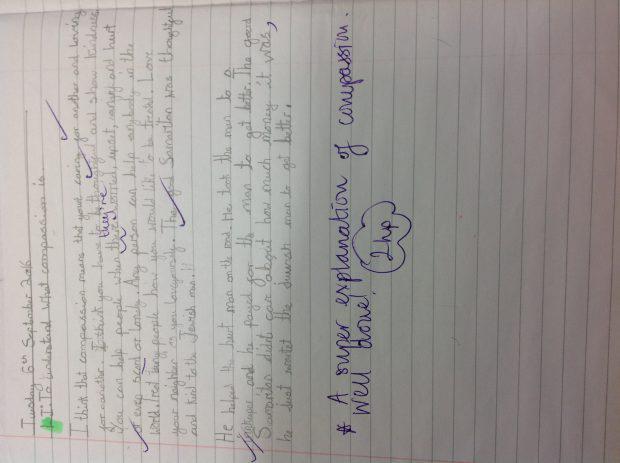 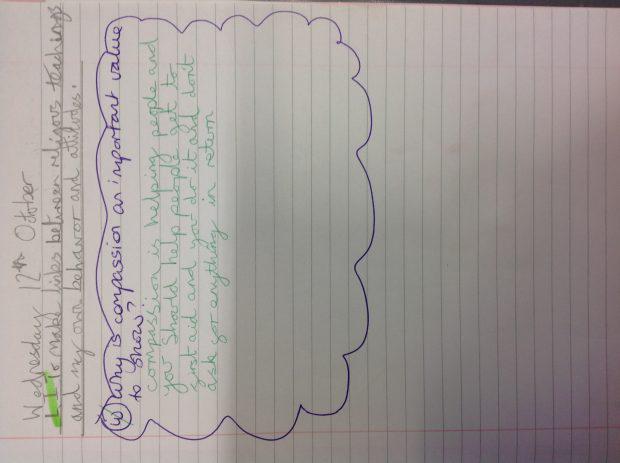 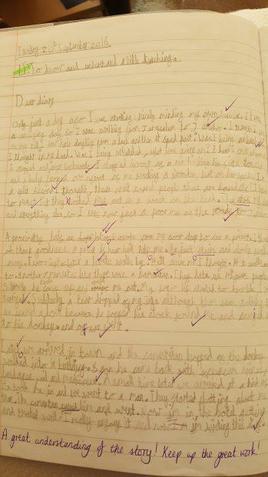 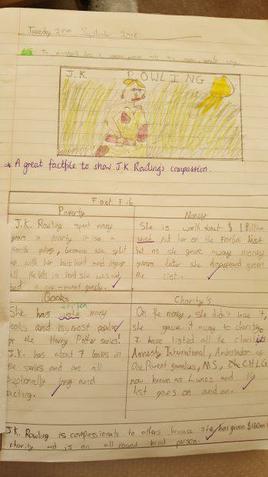 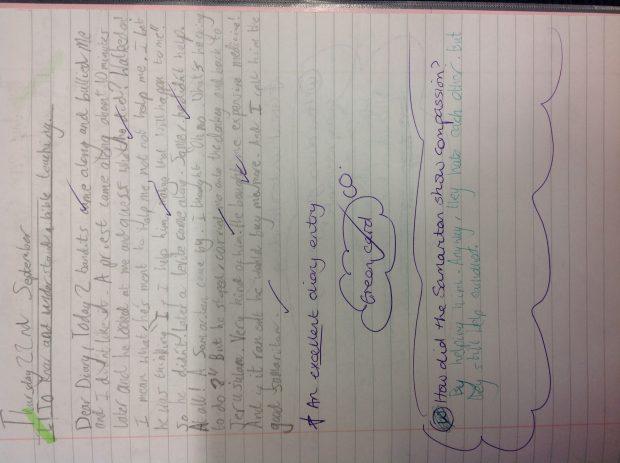 Here are some examples of the children’s work about compassion. The first piece of work shows what the children learnt about the compassion shown by JK Rowling and the second shows a diary entry written from the point of view of the Jewish man who was attacked in the story of ‘The Good Samaritan’.

Quotes from our children and staff about the value of COMPASSION

‘Compassion means you should help others when they need it’

Photos of children/school living out the value of COMPASSION 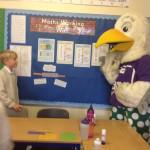 This pupil shows compassion by helping Sidney the Seagull with his maths.